Italians not only love eating food, but they love arguing over food as well.  As you can see from several of my other posts, whether we’re  arguing about who makes the dish the correct way, or what region the dish comes, we love to challenge one another.  My motto is, “if it tastes good, who cares.”   I’ve had fish Livornese style in many restaurants, and have made it myself often.  It’s a family favorite.  However, when I went to Sicily, where swordfish is abundant, it was often prepared in this manner, but they didn’t call it Livornese.  As a matter of fact, don’t dare call it that when in Sicily!  I think swordfish may be the treasure of Sicily.  It’s caught daily by the local fishermen, and the taste is divine, even when simply grilled with a little lemon and olive oil.

This sauce, and variations of it, will taste wonderful on almost any fish.  So if swordfish is not your thing, try snapper fillets, fresh cod, halibut….even shrimp or scallops.  You can turn this into a tasty fisherman’s stew by just adding more liquid from the tomatoes, or more wine or some fish broth.  Throw some calamari into that, and you have a heavenly dish.  But back to this particular dish…

I used Italian canned cherry tomatoes here because I was delighted to find them in the supermarket and several of the little Italian markets I frequent.   I’ve used several brands recently (all from Italy, of course), and have been thrilled with the taste.  Our cherry tomatoes here are delicious, but in Italy, their taste is sublime.  This taste is captured very well in the cans.  Before last week, however, I always used canned Italian Peeled Plum tomatoes, squished in this recipe.  My critics (husband and son) preferred this over the cherry tomatoes, but I’m in disagreement here.  So you can decide for yourself.  The difference really is minimal.  It’s delicious either way.

I don’t usually talk about kitchen utensils or tools, but here I must.  If you don’t already own an olive pitter, run right out and get one.  When I think of all the times I’ve omitted olives from a recipe, just because I didn’t have the time or inclination to pit them by hand, I wish I’d know about this invention sooner ( or invented it myself )!  Pitting black olives by hand, can really ruin a French manicure!

1 28 ounce can of Italian plum tomatoes, squished or cherry tomatoes (include liquid)

zest of one lemon ( optional)

1.  Coat bottom of baking pan with the olive oil. Pat the swordfish filets dry and put in pan.

3.  Lightly sprinkle the tops of the filets with the cheese and then the bread crumbs.

5. Cooking time depends on the thickness of your steaks (or other fish filets), but I leave it covered for half the cooking time, then take the foil off and continue to cook until cooked through, but still moist and flaky.  My 1 1/2 inch steaks here took 30 minutes to cook.  I then raise the oven to 450 degrees for 5 minutes, just to make the bread crumbs a bit crusty.

6.  Before serving, sprinkle with parsley and lemon zest, if desired. 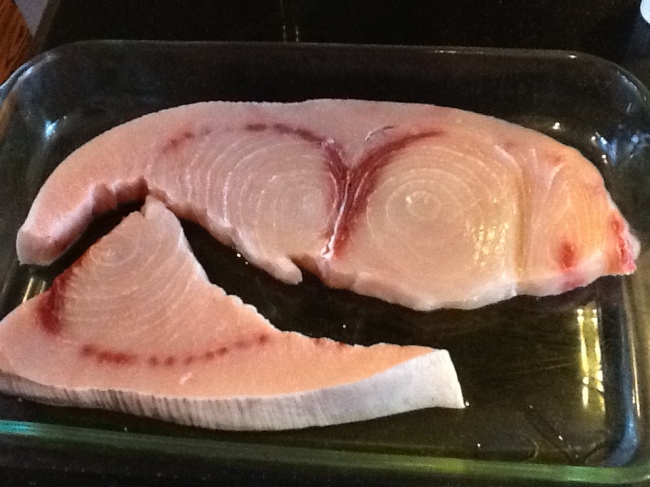 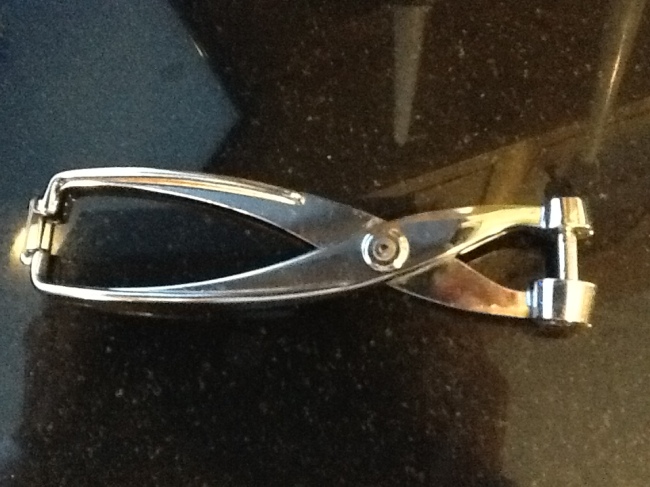 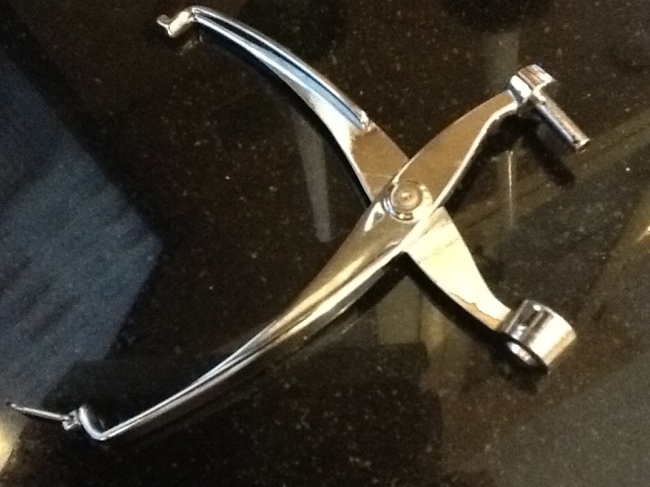 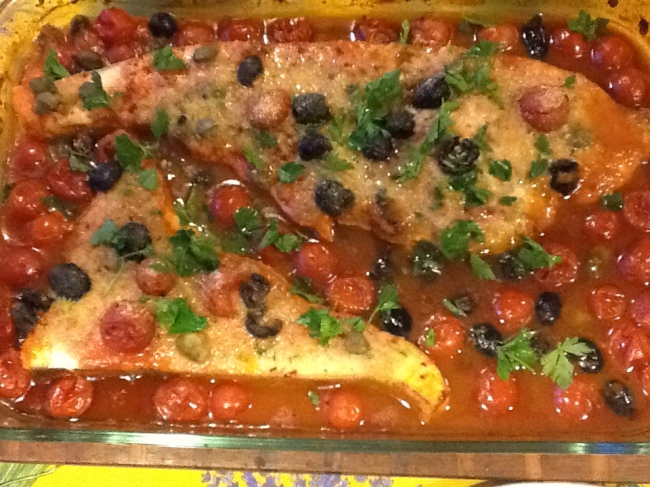 3 thoughts on “Swordfish Livornese (or is it Sicilian?) Style”