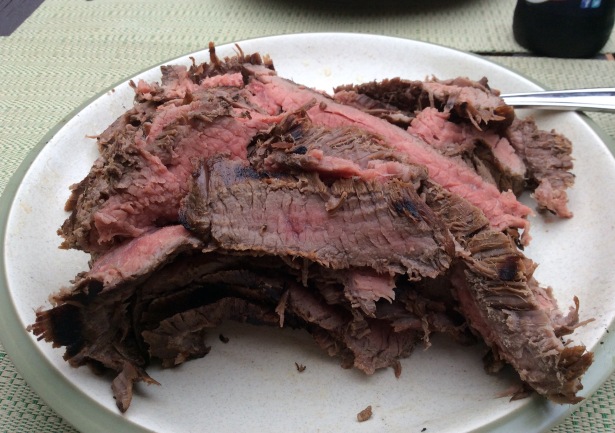 I hope everyone is enjoying a summer full of barbeques and picnics with friends and family. We recently decided to spend a weekend at our house in Windham, New York, in the Catskills, to enjoy the mountains, and of course barbeque.  I was very happy to have some family joining us for the weekend, who graciously offered to bring up all the ingredients to make dinner one night. How fabulous!! They walked in the door with several bags of groceries and a contraption. The contraption was a “sous vide.” Never heard of it? Well neither had I. You’ll see in the pictures that it looks rather like a home pedicure foot soak machine. This is how they were planning to cook the meat for dinner…..in this crazy looking pedicure bath??!!

They were planning on cooking flank steak and promised me that it would be the most tender meat I had ever tasted. I was game. I relinquished all cooking responsibilities, and decided that I had nothing to do but relax. I relayed my confidence to them, turned over the kitchen, and then went straight to the internet to find out what the heck this sous vide thing is all about.

Sous-vide (/suːˈviːd/; French for “under vacuum”)[1] is a method of cooking in which food is sealed in airtight plastic bags then placed in a water bath or in a temperature-controlled steam environment for longer than normal cooking times (95 hours or more in some cases) at an accurately regulated temperature much lower than normally used for cooking, typically around 55 to 60 °C (131 to 140 °F) for meat and higher for vegetables. The intent is to cook the item evenly, ensuring that the inside is properly cooked without overcooking the outside, and retain moisture.

After doing some more reading about this process, I must say I was intrigued. I now wanted to be involved so that I could report about it to you. So this post format will be a little different than usual. I’m going to tell you the process in simple terms. The should this interest you in any way, my suggestion is to go online and look at the various websites about sous vide, as that is where you’ll find the cooking information. You use your own recipes. For our flank steak, we made a simple marinade and threw it in a large Ziploc bag with the meat, and vacuum sealed it in the water. We set the water temperature to 133 for medium rare, as per the machine directions. We put our bag of marinating meat into the water and let it cook for 8 hours. 4 to 24 hours was recommended. The longer the meat cooks the more tender it is, but this could have been cooked in 1 and a half hours.   We took the meat out of the bag, dried it well with paper towels, and just seared it on a very hot grill for 2 minutes a side.

Science has never been my forte so I truly don’t understand how this works, but darn if they weren’t right! It was the most tender meat I’ve ever cooked. The part that was most amazing is that the entire piece of meat was medium rare, as we desired. Not even the ends were well done.

Recipe for marinade ( you don’t need a sous vide to try this fabulous marinade):

Throw all the ingredients in a large plastic bag and mix up. Add meat and roll it around in the marinade until covered. Marinate for several hours. 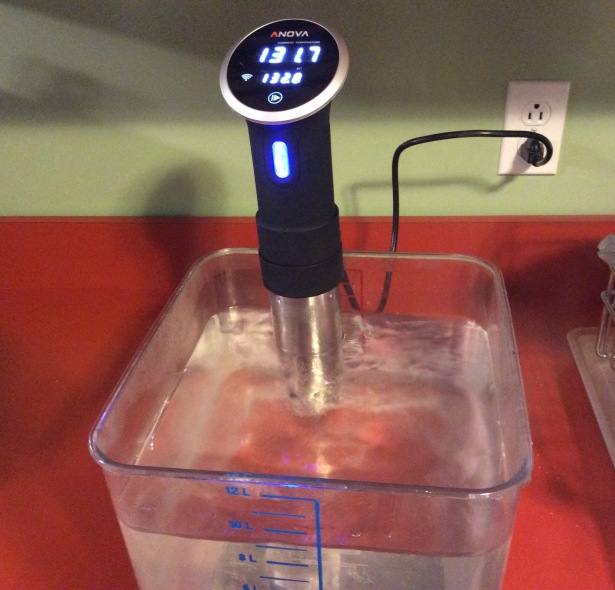 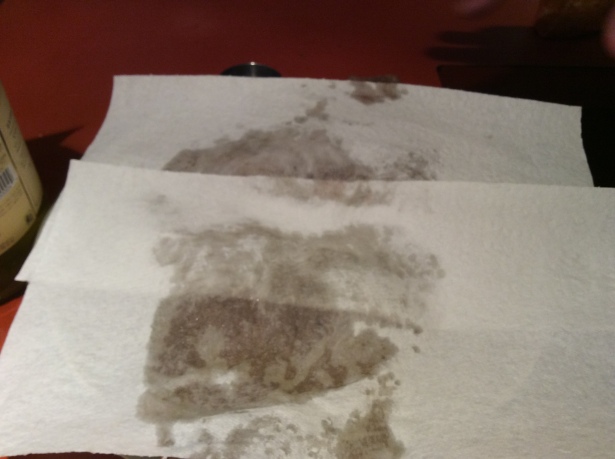 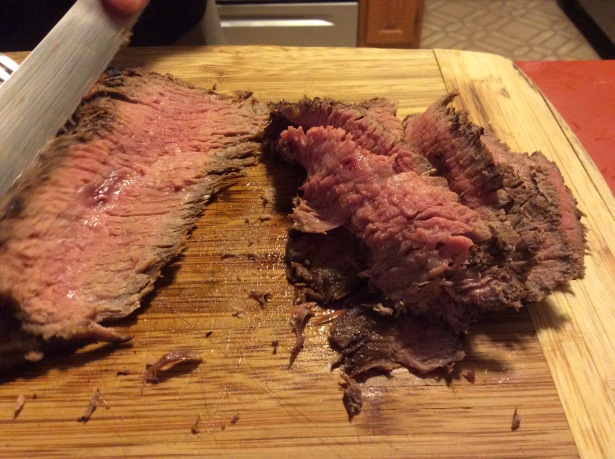