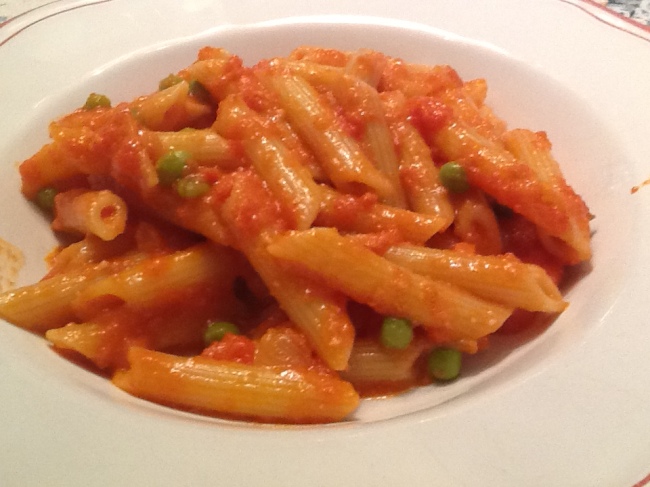 Vodka sauce is not anything you’ll ever see me order in a restaurant or take on a buffet line (why is it always there??).  It can be too heavy, too creamy, too garlicky, or just plain too boring at times.  You really don’t know what you’re going to get.  So why am I sharing my uncle’s recipe for this sauce?  Well, because it is absolutely delicious.

It used to be a rare thing to see an Italian man in the kitchen way back when.  Women didn’t want them there, disrupting the one spot in the house where they had control.  But this was my youngest uncle and his wife,  and they seemed somewhat modern to me at the time.  Every once in a while, he got a kitchen pass from his wife, and he did have a few master recipes.  He was the mastermind behind my carbonara recipe (check it out if you haven’t ), and his vodka sauce recipe is the only vodka sauce I will eat. He loved to eat in the best of restaurants, and due to his kind and magnanimous personality, was able to get the chefs to give away some of their favorite recipes.  I recall this recipe coming from one of the top Italian restaurants in New York City that he frequented in the 1970s.  This is when vodka sauce “hit the fan,” pardon the expression. But literally, from this point on, vodka sauce was everywhere!

When I look at the two recipes I have, which I got from my mother, who wrote down what he told her, I can see that he changed this recipe several times, maybe according to different restaurants.  However, the version I’m giving you here, I  watched him make myself.  I don’t know if he made the changes himself, or if they came from another restaurant’s chef, but it is delicious.  He lit the vodka in the pan on fire, used mascarpone cheese instead of heavy cream, and added peas.  I don’t set the vodka on fire, but my heart warms with memories of him every time I make this sauce.

If you’re not a big fan of vodka sauce, this just may change your mind.  I hope so.  And by the way, this sauce can definitely pass for a “Sunday red sauce!”

salt and pepper to taste

1.  Heat the olive oil and melt the the butter in a large sauce pan.

2.  Saute the onions in the oil and butter and  cook until just starting to brown a bit.

3.  Puree tomatoes in a blender by pulsing a few times.

4.  Add tomatoes to the pan with the onions,  and add some salt and pepper to taste.

6.  Meanwhile, bring a large pot of salted water to boil.

7.  In a small fry pan, heat the vodka and melt the mascarpone cheese in the vodka.

8.  When the sauce is just about done, and pasta is cooking in the water, add the peas and heat through.  Then add the vodka and mascarpone and heat through, stirring well.

9.  Drain pasta, put in serving bowl and top with the sauce.  Serve with grated Pecorino cheese. 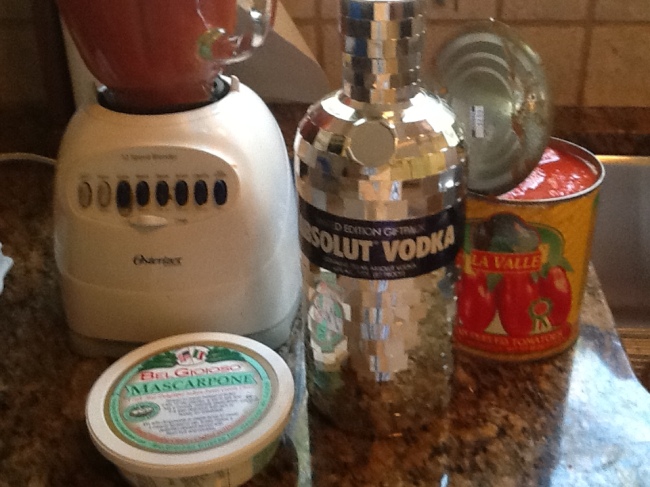 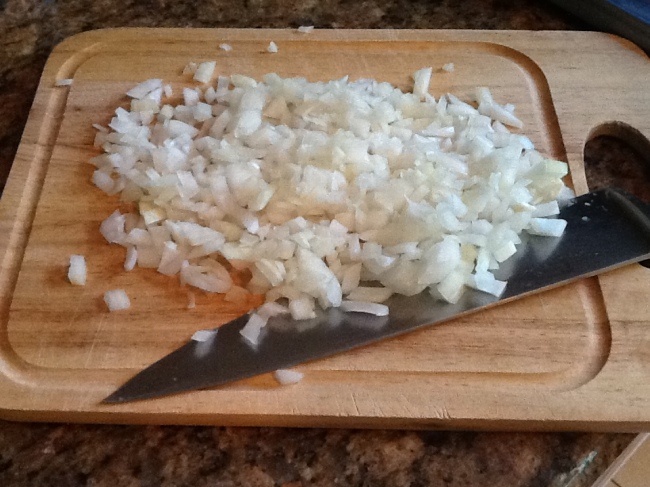 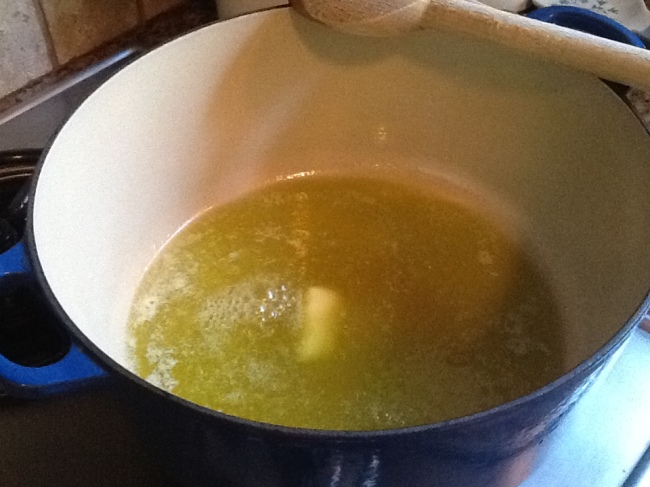 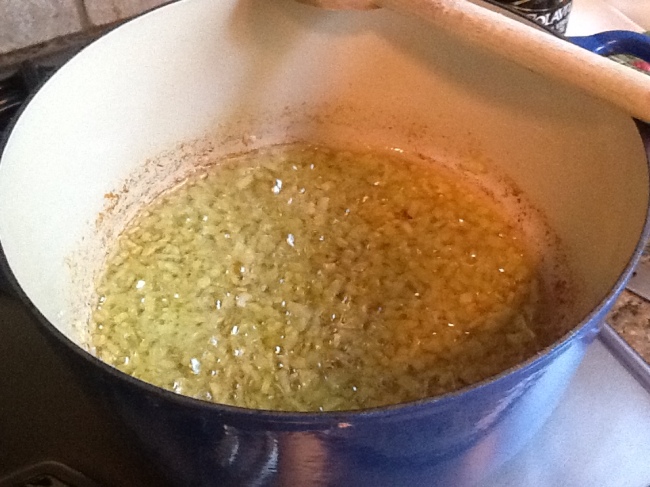 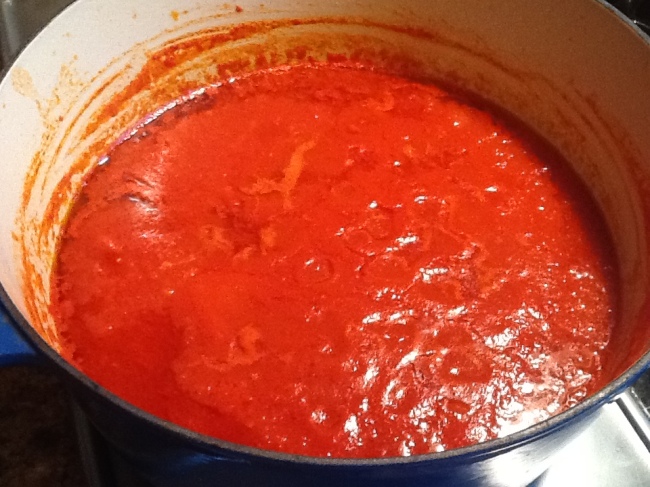 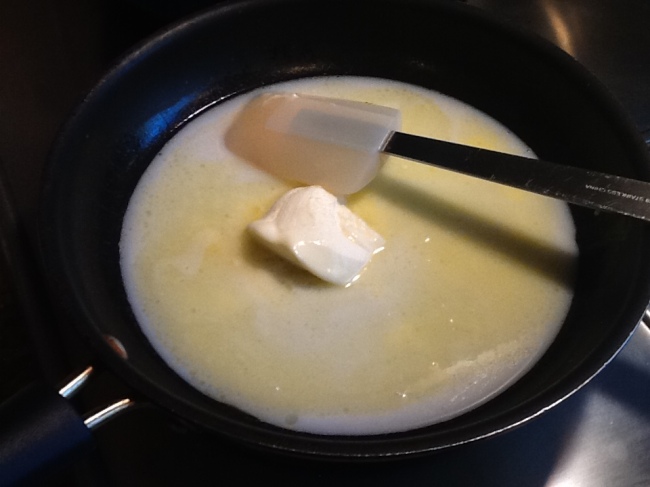 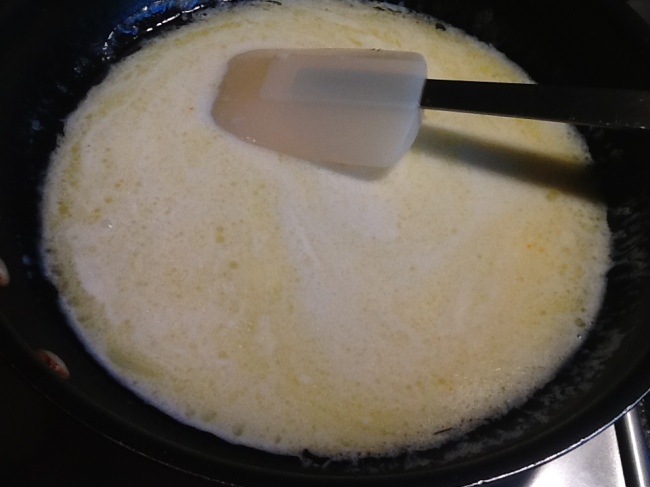 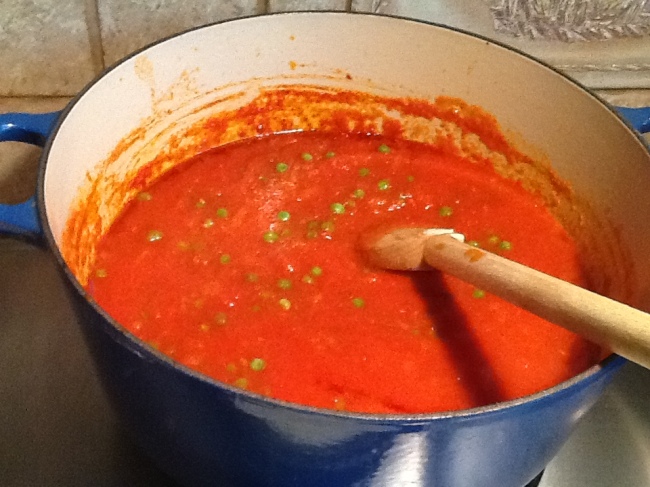 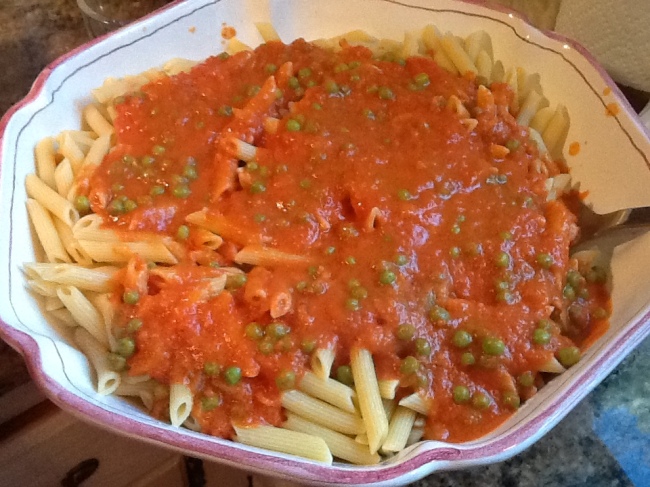 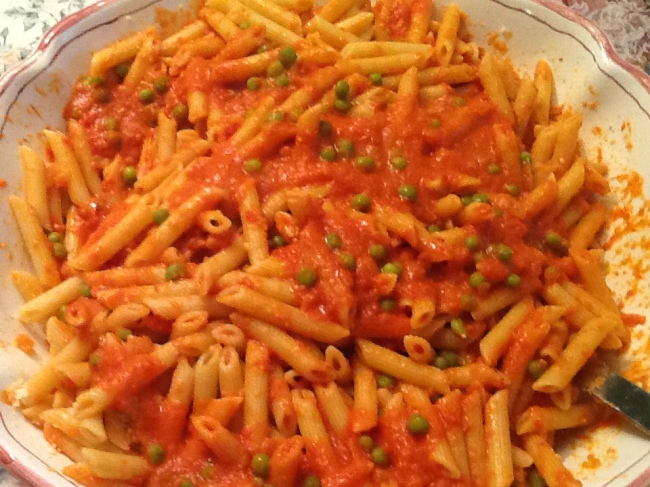 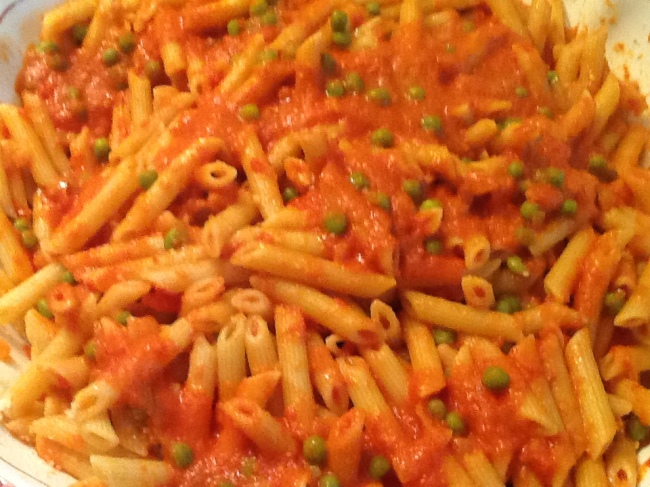 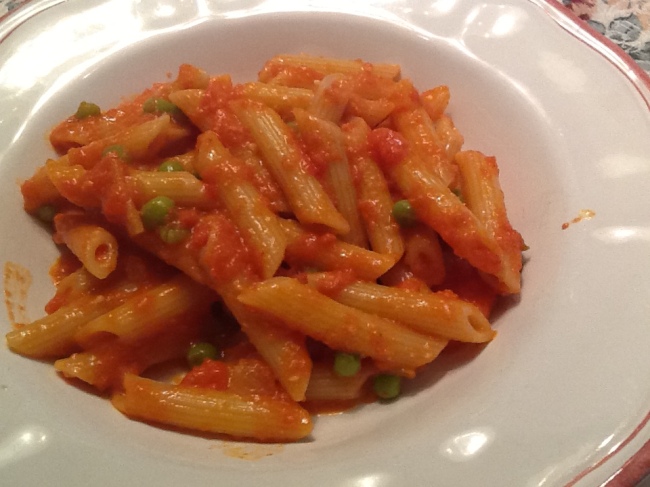 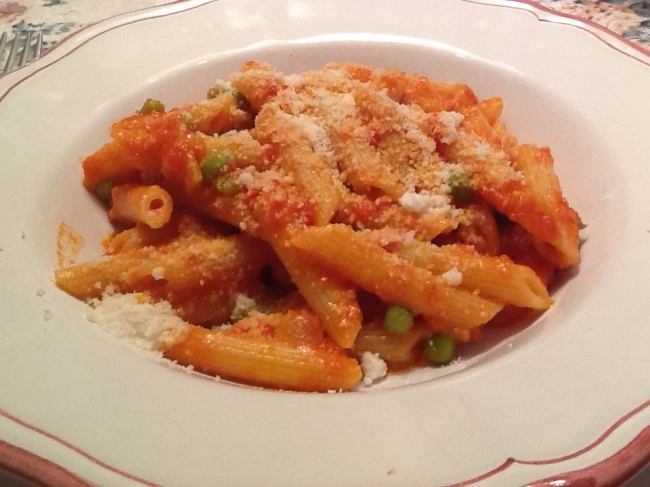 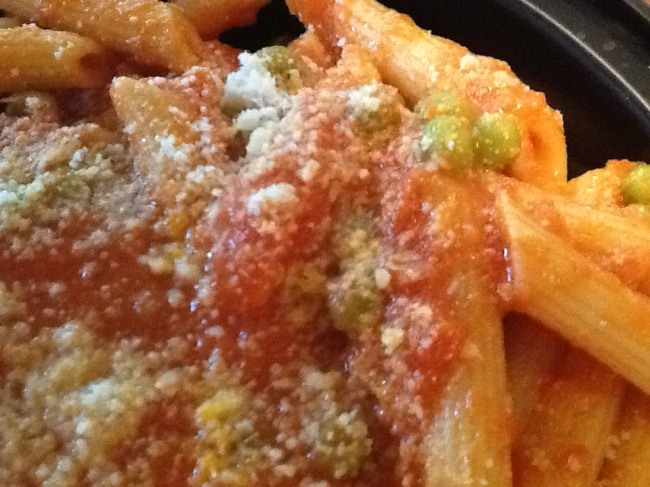